EED is a PC-program for vertical borehole heat exchanger design. Its easy of use, short learning curve, quick calculation times and inherent databases make EED a useful tool in everyday engineering work for design of ground source heat pump system (GSHP) and borehole thermal storage. In very large and complex tasks EED allows for retrieving the approximate required borehole size and layout before initiating more detailed analyses. Even for very small plants it is worthwhile using EED instead of rules of thumb. EED handles configurations from one borehole to large systems with up to 1200 boreholes. Annual base loads may vary between a few MWh up to several TWh!

In ground source heat pump system, heat is extracted from the fluid in the ground connection by a geothermal heat pump and distributed to the building. The fluid is then re-warmed as it flows through the ground. In cooling mode, the process is reversed. This is a renewable, environmentally friendly energy source. This sustainable technique can be used for cooling and heating of houses, cooling of telecommunication switchboards, etc.

EED is based on parameter studies with a numerical simulation model (SBM) resulting in analytical solutions of the heat flow with several combinations for the borehole pattern and geometry (g-functions). Those g-functions depend on the spacing between the boreholes at the ground surface and the borehole depth. In case of graded boreholes there is also a dependency on the tilt angle. The g-function values obtained from the numerical simulations have been stored in a data file, which is accessed for rapid retrieval of data by EED.

The program has an easy-to-use interface. The borehole thermal resistance is calculated in the program, using the borehole geometry, grouting material, pipe material and geometry. The borehole pattern may be chosen at will from a database of 800 basic configurations.

The main new features of EED 4: The following documents may also be of some assistance:

Below is collection of papers dealing somehow with EED:

Current version of EED is 4.20

Use the Update function in EED or use the link you got upon ordering to download the latest version. For all new features, see Appendix A in update manual for EED v4:
http://buildingphysics.com/manuals/EED4.pdf

· For admins/superusers: It is now possible to silently install, uninstall, activate, and deactivate EED using a command line in a batch-file, see
buildingphysics.com/download/silent_eed.pdf

· EED v4 now always shows results from first year (0) for monthly simulations (same as in v3). The option “Show results after x years” is now only valid for hourly simulations (in order to make these calculations quicker). The default value has also been changed from “1” to “0”.

· EED v4 now shows output temperatures and heat extraction rates with a precision of three digits. More digits can be chosen by checking “Show results with more digits” in the Settings menu.

· Fix: Graph for fluid temperatures was sometimes not updated when hidden.

For all new features, see Appendix A in update manual for EED v4: http://buildingphysics.com/manuals/EED4.pdf

– Better adaption to Windows Vista, Windows 7 and Windows 8.
– New improved license management system. Your old licence keys for v3.0-v3.16 need to be converted to a new product key for v3.2.

This can be made here: Generate new product key.

To upgrade your old license of EED v3.0-v3.16 to v3.2 do as follows: Use the Update function in EED (see above), or download the setup program using your old license link that you got when you ordered EED v3.

Jan 28, 2014: The output window was empty when ”First month of operation” was 3 for certain German and Turkish users.
Please use updated files from ”EED_Languages.zip below. Use with EED version 3.16 or later.

Download all language files here: EED_Languages.zip. Put the files in the Language folder.

– Different fonts used in EED leading to that input data could not fit into boxes for Windows 7.
– Formatting problems in Excel solved. Some comma separated strings for configuration gave problems in column handling.

-Fixed error where garbage characters were printed from the design data editor (menu item “File/Print”).
– Replaced with new option to export to Notepad.
-Fixed error where characters in some languages (e.g. Serbian) were not displayed correctly.
-Contains language update from July 17, 2009 (see below).
– July 17, 2009: Serbian (Latin+Cyrillic), Russian, Chinese, and Japanese have been added.

· EED now handles unicode characters. Three new languages are added: Chinese (simplified), Russian, and Japanese. EED 3.14 contains translation for 19 languages Note that the new language text files (e.g. for German: Lang_menu_ger.txt, Lang_in_ger.txt, Lang_out_ger.txt) now are saved in UNICODE format. Files used by earlier version of EED (3.00-3.13) were saved in ANSI and cannot be used directly. If you have made any changes to our language files you need to re-open them in e.g. Notepad and save them in UNICODE format.

· Fixed error message “EED is registered but ActiveX does not exists”. This alert came in some cases for a user without admin rights running EED under Vista and XP.  Administrator can install EED for “Current user” or “All users”.

· Output results can now be opened in Excel. This will give easier access to data for mean fluid temperatures, heat extraction rate and monthly energy profile. See menu item “Export to xls-file and open it” in the output result window.

· Graphics for borehole configurations (added in EED 3.11, see below) with U-shape was drawn incorrectly for N1xN2 where N2>N1.

· Corrected error message that was wrong in version 3.11: “The error message “Warning: Fluid minimum temp. accuracy not met!” was sometimes shown when using F9 (solve mean fluid temp) even though simulation was ok.

· Graphics added for borehole and heat exchanger, see figures below. Shank spacing may graphically be changed for U-pipes.

· Thermal conductivity added for filling material in the case with coaxial heat exchanger.

· Graphics added for borehole configuration, see example picture below with 16 boreholes in an L2-configuration.

· Smaller fix if english units is used: Some values shown in output window for Monthly energy profile were not displayed correctly (sum of “factors” and “loads”)

· Exporting to xls-file in optimization window: If number of rows was less than 20, an error was shown

· Maximum value for series factor now increased from 10 to 99

If series factor is larger than number of boreholes, the flow rate in the borehole Qbh will now be the same as specified flow Q

· Error in 3.06 fixed (the curves for peak heat and cool load were mixed with the basic load fluid temperature)

(Included in updates above)

New files for surface temperature and heat flux are available. Download the zip-file and extract the files to the directory where EED is located (e.g. C:Program FilesBloconEED_3) and replace the old files.

Data are mainly taken from national meteorological services and from different editions of EU geothermal atlas.

(Compare dates for updates above. If date for zip-file is after the update version, please download zip-file below to assess the latest languages.)

The following languages are available in EED 3:

EED_Languages.zip
Download this zip-file and extract the files to the directory where the language folder is located (e.g. C:Program FilesBloconEED_3Languages) and replace the old files. Choose language in EED (menu item Settings/Language).

Help needed for translation into other languages

We offer a free license of EED Multi-lingual  if you make a valid translation into a new language (add a column in EED_Languages_xls.zip). If you wish to contribute, please contact us first in case of that no other is currently working on it.

At the moment, we need translations made for the following languages:
Indonesian, Hindi, Urdu.
(we do not need other languages at the moment)

How to create files for a new language

If you create new language files please consider to email these to info@blocon.se and we will make these available to others. Apart from the standard desktop version, EED v4 is also available as an add-on (“EED on the web”) which runs on our dedicated server from any operating system and/or device with an HTML5-compliant web browser, such as IE10/11, Chrome, Safari, Firefox, Opera, etc. It supports PC, Mac, iPad, iPhone, Chromebook, Android and many other popular devices. You can even run it from any smart-TV connected to the Internet.

There are many advantages running EED on a dedicated server:

The EED web engine is a simple yet powerful solution that allows users to quickly make calculations without the standard EED desktop application.

EED web engine is typically for more advance users that need to run many calculations e.g. for parameter variations, or building interface to own or other building energy software.

All that is needed from the user is basically to put an input file in a drop-box/Google drive/Onedrive folder and then the engine will read that file, calculate it, and produce an output file with results.

There are many advantages using the EED web engine:

An account for using the EED web engine requires an annual license of EED v4.

The cost is the same as for “EED on the WEB”, see https://buildingphysics.com/wp-content/uploads/prices.pdf
So, a typical cost is 1-2 Euros per simulation. The subscription is valid for one year.

List of 1000+ consultants and universities/research institutes in 25+ countries that use EED:
eed_users.pdf 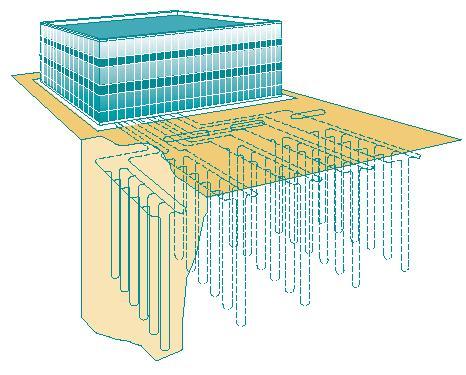 Please fill in the following form. A password is required to install the program. The download link and password will be sent immediately to your email